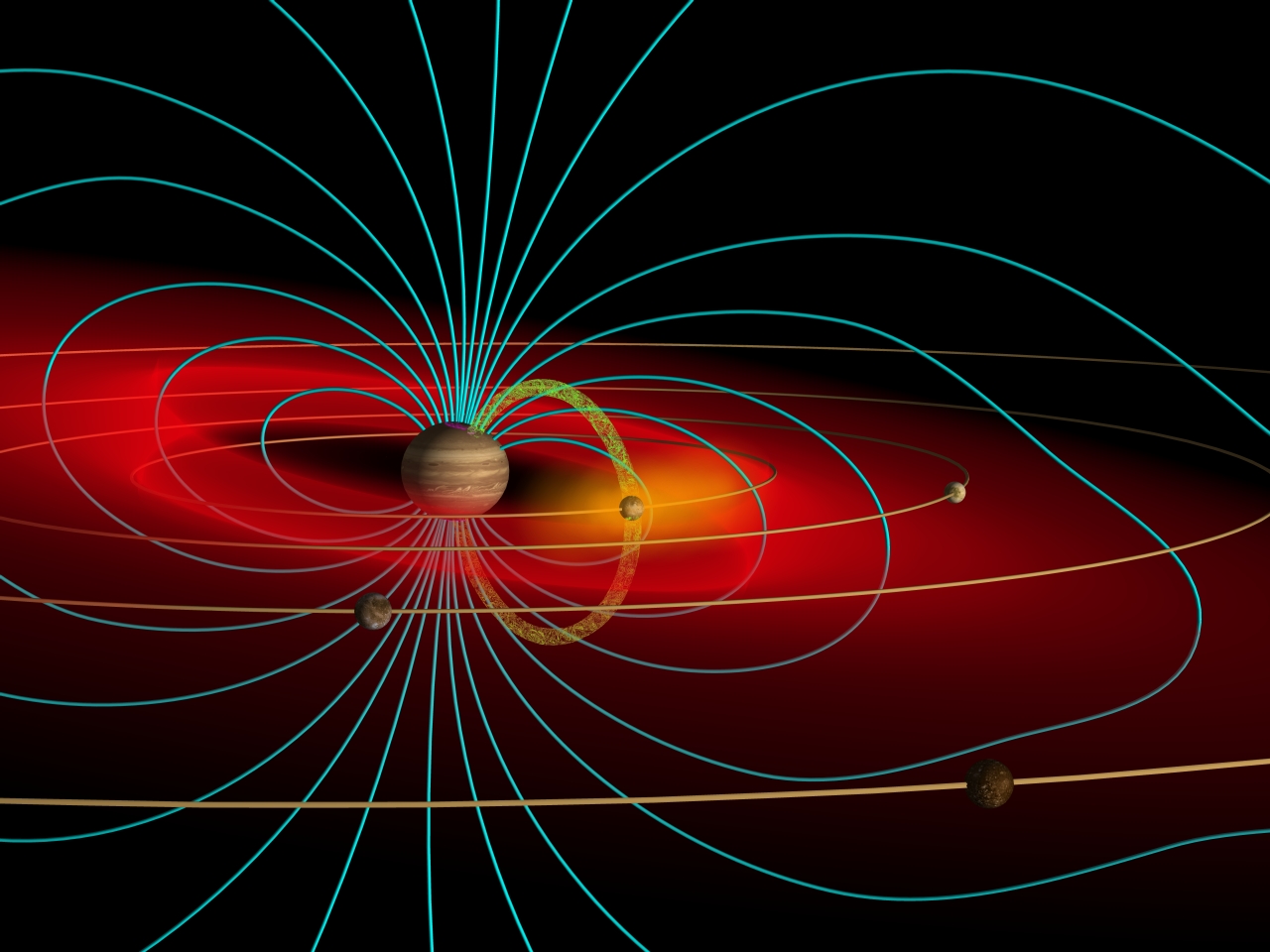 If you've ever wondered why or where sunspots exist a novel solution may relate to a connection passing between the poles of Sol and the planets.

Magnetic flux tubes are connecting Jupiter to its moons in the header image.  These may be related if one seeks a natural explanation to the polar Patterns on the Gas Giants.

The spin of the sun with its charged core creates an electromagnetic field which entails the fields of the planets at the intersection of their axes, through the poles.

An experiment - to observe the pattern of the spots in relation to the positions of the planets, their sizes, rotation and other factors such as intersecting fields as well as moon field harmonics - is needed.

One issue that may relate to the location of the poles is the state of Luna.  The magnetic flux tubes between the two might causes spikes at locations near the poles.

People living in the Antarctic report an odd memory loss syndrome known as T3 requiring workers to leave after a year or so or suffer brain damage.  The logical solution is the strong magnetic fields at the poles must be wiping the neural imprint.
© 2017 Marst.io
info@marst.io
Images from giphy.com and Wikipedia in public domain. Original theories presented on this site are copyright of the author Paul Hallelujah BScH MTS & marst.io. For my children Sunna and Joey.  Please attribute accordingly as per Creative Commons Licensing Agreement.  To help us with animating this material into a feature documentary film please consider making a donation. Our Public Address to Receive BTC:
bc1qphr6q9pj9n2534ta6xnd3wag5n5e8r9myg7jq0
PayPal.me/paulhallelujah