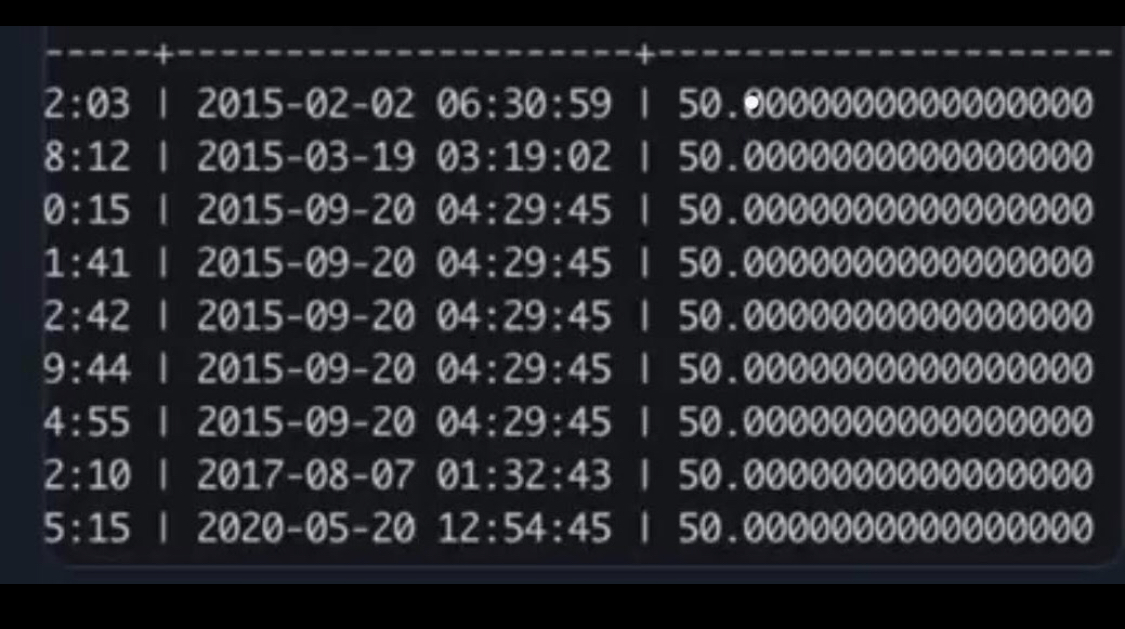 In 2008-09 Tesla was going bankrupt.  PayPal founder Elon coded btc as a safety but since Tesla mooned recently it's no problem.

If you trace the language used in the white paper you can immediately exclude Americans as the author uses double spaces after periods.  This is a UK and colony affect.  More in line with South Africa.

It is of note that Elon as a child loved coding and ciphers would be normal for him.  Recall his message written backwards in the first btc transmission about the UK and its banking fat printer powers gone hogwild. Classic boyish ciphering likely left for his brother Kim and people close to him:

There are interestingly enough a set of 5 transactions made when his eldest twin boys Griffin Musk and Xavier Musk were just over 11.5 years (born 15th April, 2004) distributing 50 btc to each of them... Plus their triplet younger brothers.  All at once as fathers do.

At the time each set of 50 btc totalled around 11,693 usd.  Very close to the twins' ages.  Elegant Elon. (Hash https://blockchair.com/bitcoin/block/375293?_type=block&_search=header
- see header image 2015-09-20).
"The elliptic curve used by Bitcoin, Ethereum, and many other cryptocurrencies is called secp256k1. The equation for the secp256k1 curve is y² = x³+7." - Hacker Noon
It follows from Elon's choice of elliptic curve with a square and a cube denoting both his twins and his triplets that this equation is a Satoshi heart reveal as well.  7 might show his plan for 7 kids total.  If we include his one lost child Nevada he has hit this constant.

In addition there are tweets made by Elon in which he describes btc as naturally as any gamer in reference to Tesla's favorite install The Witcher.

In one tweet Elon says he owns - with grammatically ambiguous language "0.25 bitcoins btw", which this author interprets as 1/4 of all btc (1 M locked by Satoshi plus unmined btc - all technically in his control).  "Buy the way" is more likely what he meant than "by the way".

Here Elon was asked simply in 2014 his position on crypto and his answer - which was not included in the question! - mentioned Satoshi Nakamoto... This is the smoking gun.  Attitude with an uninvited twist!  The person asking him a question simply said "Elon, what are your standings on crypto-currencies?". No mention of btc or Satoshi.  Yet Elon replies, "Well now that Satoshi Nakamoto has been discovered, I guess it is case closed...:)":

Latest update, Elon - now having added 'btc' to his twitter handle and gone public in purchase $1.5 Bn worth of btc setting off an avalanche in the biz world, from Visa to Mastercard to Apple even, states:

"BTC (Bitcoin) is an anagram of TBC(The Boring Company) What a coincidence!"

It occurred recently in studying the why of 21 M coins to check the Dutch population in 2009 at the time of the Genesis block.  A quick google search reveals in 2009 the population of Holland was 16.5 M.  The White population in South Africa at that time was 4.5 M.  21 M total in the ranks of master Elon on a mission after apartheid collapsed and his family left for Canada where Nazism is still intact.

This thesis was first shared with Chico Crypto and several others as far back as 2019, and published here Dec 2020.  Please reference if you use it - thank you for supporting our research.

© 2017 Marst.io
info@marst.io
Images from giphy.com and Wikipedia in public domain. Original theories presented on this site are copyright of the author Paul Hallelujah BScH MTS & marst.io. For my children Sunna and Joey.  Please attribute accordingly as per Creative Commons Licensing Agreement.  To help us with animating this material into a feature documentary film please consider making a donation. Our Public Address to Receive BTC:
bc1qphr6q9pj9n2534ta6xnd3wag5n5e8r9myg7jq0
PayPal.me/paulhallelujah